Posted by Guest in Blog Uncategorized 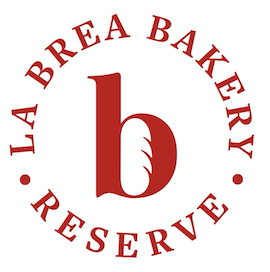 Normally, the wheat supply chain goes something like this: third-party suppliers source wheat from farmers all over North America, blend it together, then resell it on a commodity market. Albeit, this kind of wheat is uniform, though it’s completely detached from the farm it came from.

La Brea Reserve does not source wheat like this.

In fact, La Brea’s Reserve breads are changing the way we think about wheat entirely. The Reserve Line focuses on the idea of Farm First. Rather than sourcing generic varietals from a smattering of farms from across the continent, the wheat in Reserve breads are heirloom varietals, grown on a single parcel of land, by a solo farmer. Once a characterless commodity crop, wheat now has personality.

Finally, bread has caught up to the farm-to-table movement.

La Brea Reserve proves that wheat, like coffee or wine, can embody a place—the soil, the climate, and the topography. The farm is located in scenic Three Forks, Montana, near the headwaters of the Missouri River. The parcel is nestled within a valley, which sits atop a mountain at 5,000 feet—one of the highest elevations that grain is grown in America. 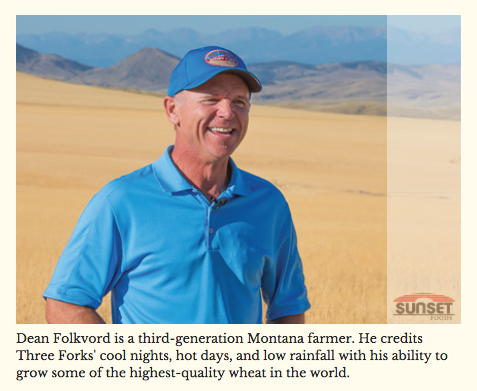 Those regional nuances create distinct flavors. La Brea Reserve tastes pure, rich, and earthy. It has gentle sour notes, a subtle sweetness, a hearty crust, and a divinely chewy crumb. No one else is making bread quite like La Brea Reserve. And no else carries it except Sunset. Give it a try (it’s on sale this week!) and you won’t want to go back to ordinary bread. 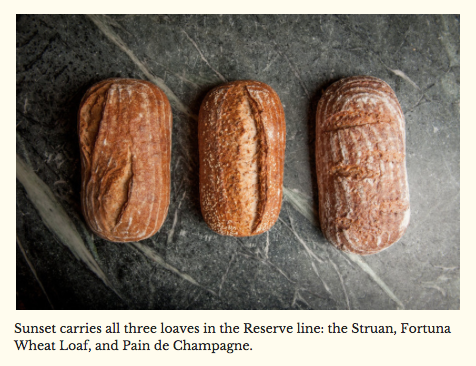