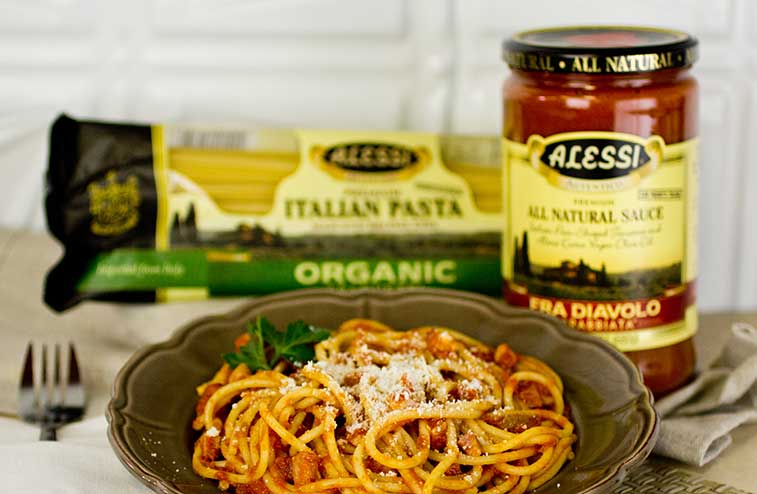 For the past 60 plus years, Sunset Foods has worked closely with Joseph Antognoli in bringing the best Italian-imported products to local midwestern shoppers.

“We’ve been doing this for more than 100 years in the Chicago area,” says longtime employee Rocco Ottolino about the company. A pioneer in importing foods from Italy, Antognoli is credited with bringing San Pellegrino water to America where it has become one of the most popular sparkling waters in the world. Paired with a slice of fresh lemon or lime or served plain, San Pellegrino’s lightness perfectly balances out any meal.

Alessi's imported Italian-made organic pasta, rice, olive oil, and vinegar are staple pantry ingredients for any serious chef. The quality and uniqueness of these products is amazing. “Everything [tastes delicious], including pasta sauces,” says Ottolino about his company’s 100-plus Alessi/Vigo product line. “We try and diversify ourselves [with products made in Italy]. Alessi and Vigo do everything.”

Anything and everything can be made delicious while using the Alessi and Vigo products, according to Ottolino.

“When it gets cooler out, people eat soups and pastas and tomatoes,” says Ottolino of the endless cooking possibilities that come with these brands of food. “You can make pasta with marinara sauce and vodka sauce, which cuts the time, or use chunky or smooth marinara.” With multiple sauces from which to choose, pair one with five different cuts of organic and regular pastas. The organic line features delicious spaghetti, linguine, penne rigate, rigatoni and mezzi paccheri.

Pastas require some sort of dressing, whether that’s a chunky marinara sauce or a drizzle of rich olive oil. For that, Antognoli produces its own line of brand products, including Il Duomo and Antica Italia olive oils and vinegars. As the parent company, only Antognoli has access to these products, so they’re not only authentic but also only available at Sunset. In addition, Antognoli has its own homemade Giardiniera brand called Pagliacci, which contains a lifelong family recipe. In the end, shoppers complete the Italian culinary experience using their imagination in the comfort of their own kitchen.