Sunset Bakery Perseveres in the Face of Global Vanilla Shortage

Although farmers in countries other than Madagascar are considering growing more vanilla beans, prices may get worse before they get better. It takes four years to develop a commercial crop after planting vanilla beans.

And growing vanilla isn’t easy. In fact, it’s one of the most labor-intensive foods on earth. Vanilla beans are the seeds of an orchid. Madagascar doesn’t have the certain kind of bee that pollinates the vanilla flower (vanilla is originally from Mexico, and so are its pollinating bees). Instead, pollination must be done by hand. What’s more, the flowers that produce the bean pod open for less than a day each year. If no one pollinates the plant during this narrow window of time, that means no vanilla. If that’s not enough, after the seeds are harvested, each one must be soaked in hot water, then wrapped in wool blankets, then bundled and placed in a wooden box to “cure”, then laid out to dry in the sun. The whole process takes months.

Unfortunately, when vanilla prices are high, farmers are tempted to cut corners and sacrifice quality. For example, farmers may pick the beans before they’re mature—and before the flavor compounds have fully developed. Farmers may also bring their beans to market before they’ve been fully cured—a process that should take about 2 months—resulting in poorer quality beans.

Food companies also tend to cut corners when vanilla prices are high. For example, some companies opt for a synthetic—and much cheaper—type of vanilla called vanillin. Not Sunset. Brooke Edwards, our bakery director, refuses to settle for anything less than the real deal.

Vanilla goes into just about everything made in Sunset’s bakeries. Brooke orders our vanilla exclusively from Nielsen-Massey. Nielsen-Massey still makes vanilla the traditional way—from beans, not from a lab. Because of the vanilla shortage, Nielsen-Massey isn’t taking orders from any new customers at the moment, so we’re lucky to have the relationship with them that we do.

While you may see increases in price for your favorite vanilla ice cream or café lattes, you won’t see price increases in Sunset’s bakeries. Instead, we’re buying smaller quantities of vanilla at a time, and we’re taking especially great care to not waste a drop. We’re not skimping on the vanilla either. While some food companies are modifying their recipes to use less vanilla, there’s just as much of the good stuff in our baked goods as ever.

Posted by Guest in Blog 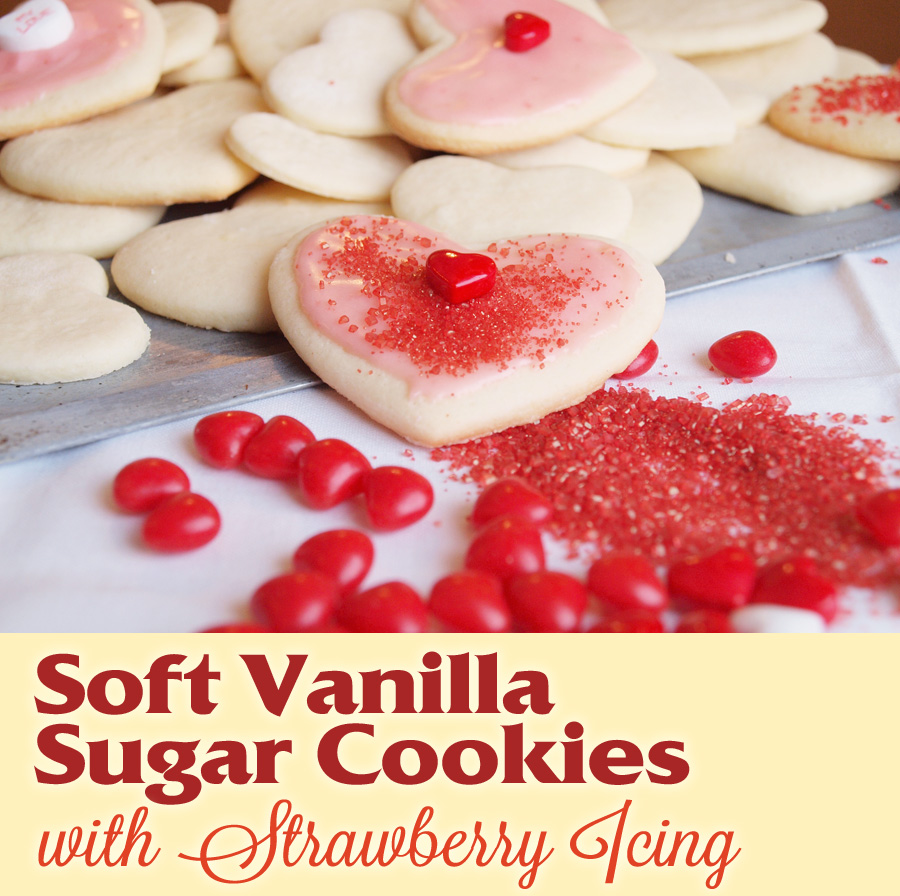 Flowers?  Chocolates?  Giant stuffed teddy bears?  Try something new this Valentine’s Day and get creative in the kitchen with these Soft Vanilla Sugar Cookies with Strawberry Icing.  The cookies are sweet and simple, with the smooth taste of vanilla, and the icing is homemade with fresh strawberries to give it that gorgeous pink shade.  Delectable and so very pretty, these cookies are the perfect way to say “I love you” this Valentine’s Day.